Are you having trouble with your Diesel Particulate Filter (DPF Filter)? We offer a full and effective DPF deletion service where we work with some of the best leading ECU programmers to produce software to stop the ECU looking for your DPF so the DPF can be disabled successfully without logging any error codes or warning lights. (some companies simply turn off dtclights which is not a effective solution) all our dpf off writing to ecu is a manual working soloution)

In addition to collecting the particulate, a method must exist to clean the filter. Some filters are single-use (disposable), while others are designed to burn off the accumulated particulate, either through the use of a catalyst (passive), or through an active technology, such as a fuel burner which heats the filter to soot combustion temperatures, through engine modifications (the engine is set to run a certain specific way when the filter load reaches a pre-determined level, either to heat the exhaust gases, or to produce high amounts of NO2, which will oxidize the particulates at relatively low temperatures), or through other methods. This is known as "filter regeneration". Sulfur in the fuel interferes with many "regeneration" strategies, so almost all jurisdictions that are interested in the reduction of particulate emissions, are also passing regulations governing fuel sulfur levels.

Filters require more maintenance than catalytic converters. Engine oil ash builds up on the surface of the inlet face of the filter, and will eventually clog the pores. This increases the pressure drop over the filter, which when it reaches 3.6 pounds per square inch (25 kPa) or higher it is capable of causing engine damage. Regular filter maintenance is a necessity.

Regeneration is the process of removing the accumulated soot from the filter. This is done either passively (by adding a catalyst to the filter) or actively. On-board active filter management can use a variety of strategies:

All on-board active systems use extra fuel, whether through burning to heat the DPF, or providing extra power to the DPF's electrical system, although the use of a fuel borne catalyst reduces the energy required very significantly. Typically a computer monitors one or more sensors that measure back pressure and/or temperature, and based on pre-programmed set points the computer makes decisions on when to activate the regeneration cycle. The additional fuel can be supplied by a metering pump. Running the cycle too often while keeping the back pressure in the exhaust system low will use extra fuel. Not running the regeneration cycle soon enough increases the risk of engine damage and/or uncontrolled regeneration (from an excess of accumulated soot) and possible DPF failure. Quality regeneration software is a necessity for longevity of the active DPF system.

Diesel particulate matter combusts when temperatures above 600 degrees Celsius are attained. This temperature can be reduced to somewhere in the range of 350 to 450 degrees Celsius by use of a fuel borne catalyst. The actual temperature of soot burn-out will depend on the chemistry employed. The start of combustion causes a further increase in temperature. In some cases, in the absence of a fuel borne catalyst, the combustion of the particulate matter can raise temperatures above the structural integrity threshold of the filter material, which can cause catastrophic failure of the substrate. Various strategies have been developed to limit this possibility. Note that unlike a spark-ignited engine, which typically has less than 0.5% oxygen in the exhaust gas stream before the emission control device(s), many diesel engines run above 15% oxygen pre-filter. While the amount of available oxygen makes fast regeneration of a filter possible, it also contributes to runaway regeneration problems.

So if the warnings are ignored the filter can clog up past been able to be regenerated. And they cost £1000+ to replace from the dealers.

What we do to help you?

This is a 'drive IN - drive OUT' service and includes:

PLEASE READ THIS:
It's been brought to our attention that some garages are now offering DPF deletion services using cracked and fake software which delete all OBD trouble codes from ECU and damage you engine! Come to the professionals and have the job done right the first time! We are a registered company and offer you a lifetime guarantee with all our work.

It is not illegal to remove the DPF.

It is an offence to use a vehicle on the road that no longer complies with the emissions standards it was designed to meet. This however means that changing any part of the exhaust or emissions system with a part other than the vehicle manufacturer's original part may change the emissions meaning it could be an offence. In reality emissions testing is normally limited to the standard MOT test.

From February 2014 the inspection of the exhaust system carried out during the MOT will include a visual check for the presence of a DPF, if fitted as standard equipment.

It is the consumer’s decision if they wish to have the DPF Solution installed. Furthermore, the MOT testing criteria is constantly changing so there is potential in future that you may be required to install a new filter? If this is the case we can remove the DPF deletion software and restore your car to original.

We will regenerate your DPF to help burn off the blocked particles in the diesel particulate filter. Service include:

- Full scan of your car

- Check of all your sensors (incl. lambda and EGR valve)

- Force Regeneration by our scanner to reduce soot level * * Job can only be done if excessive soot loading of the DPF is below 95% loaded. At this point regeneration is not an option and replacement/removal of the DPF is necessary.

We cannot guarantee how long the Regeneration will last, this all depends on the way the car is driven and the vehicle itself 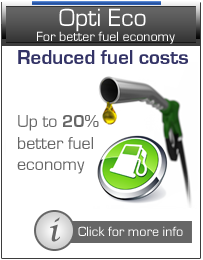 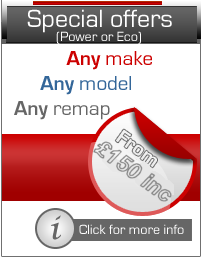